"Motivated by the idea to finally embark on a conversation about this most gruesome chapter of German history, Helwig has portrayed forty-five people. They are people like you and I, people well-known and ordinary, born in Germany and the Nazi-occupied territories between 1935 and 1942. Everyone portrayed had the courage to face the camera and tell his or her story, to literally show him- or herself as Kriegskind. Their narratives are predominantly anecdotal, with different levels of reflection. Traumas or transgenerational effects are rarely talked about mirroring the silence that is common till today. The reader and viewer is therefore asked to read between the lines, to look the protagonists in the eye. Perhaps it encourages us to reflect on our own family history and identity, and to start a dialogue with our parents and grandparents. The point is to talk to one another, to recognize and make known the destructive consequences of fascist systems, racism, hate and war in order to work against them; the point is not to accuse or denounce."

“One day I am at the Wilhelmsaue, a small pond in Berlin. A dead woman is floating on the water, face down. Her skirt has ballooned, wind blowing into it and she is sailing across the pond.” 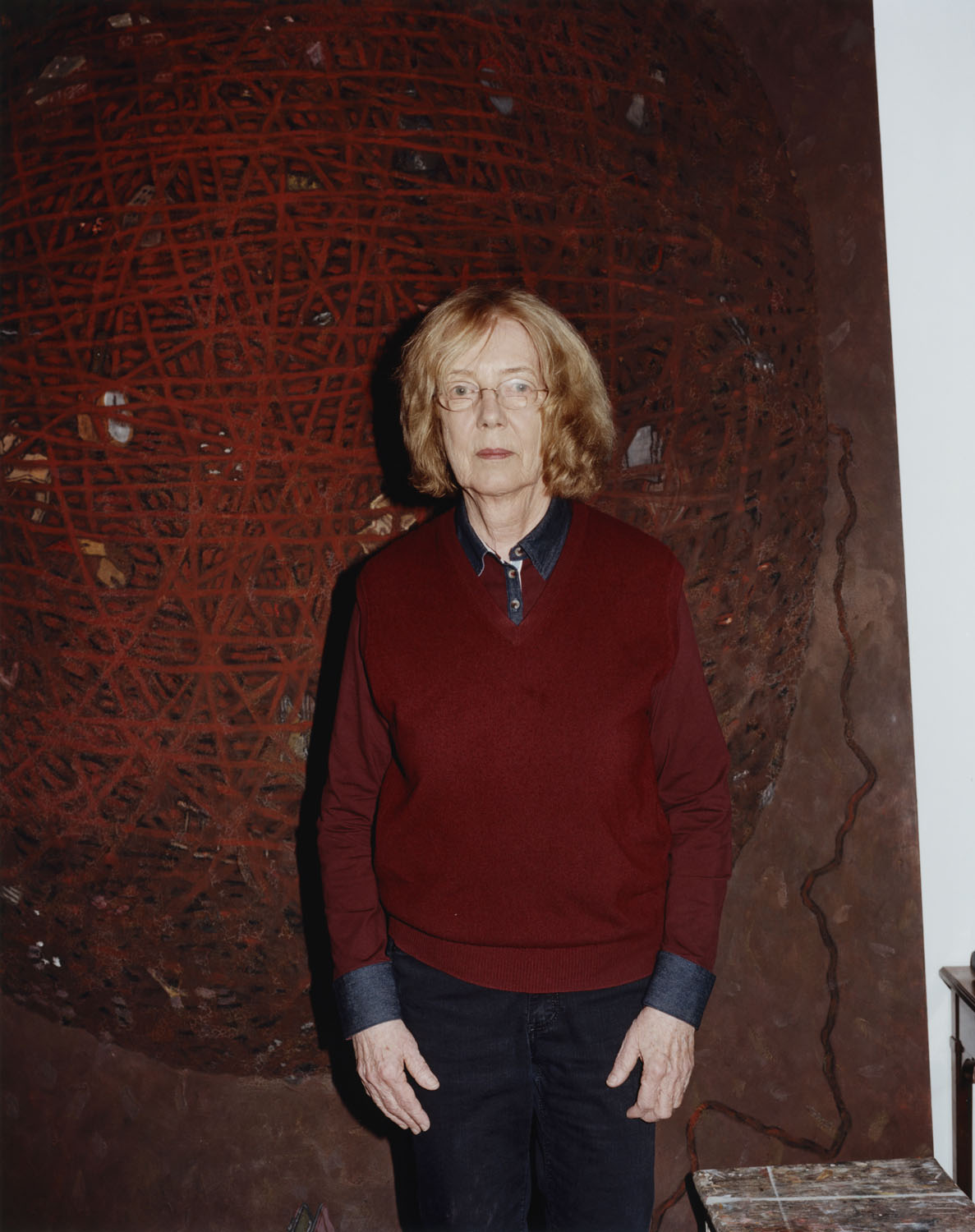 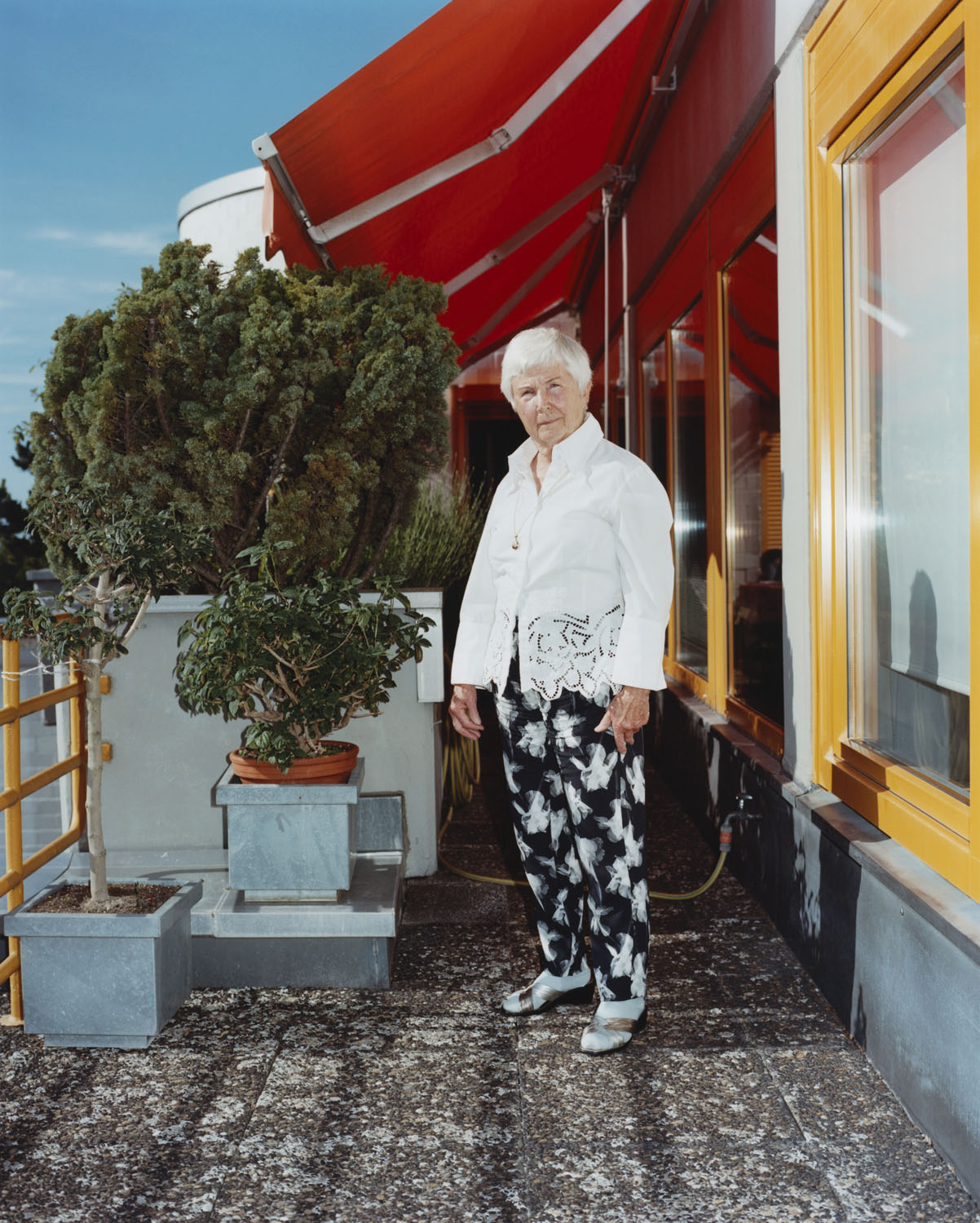 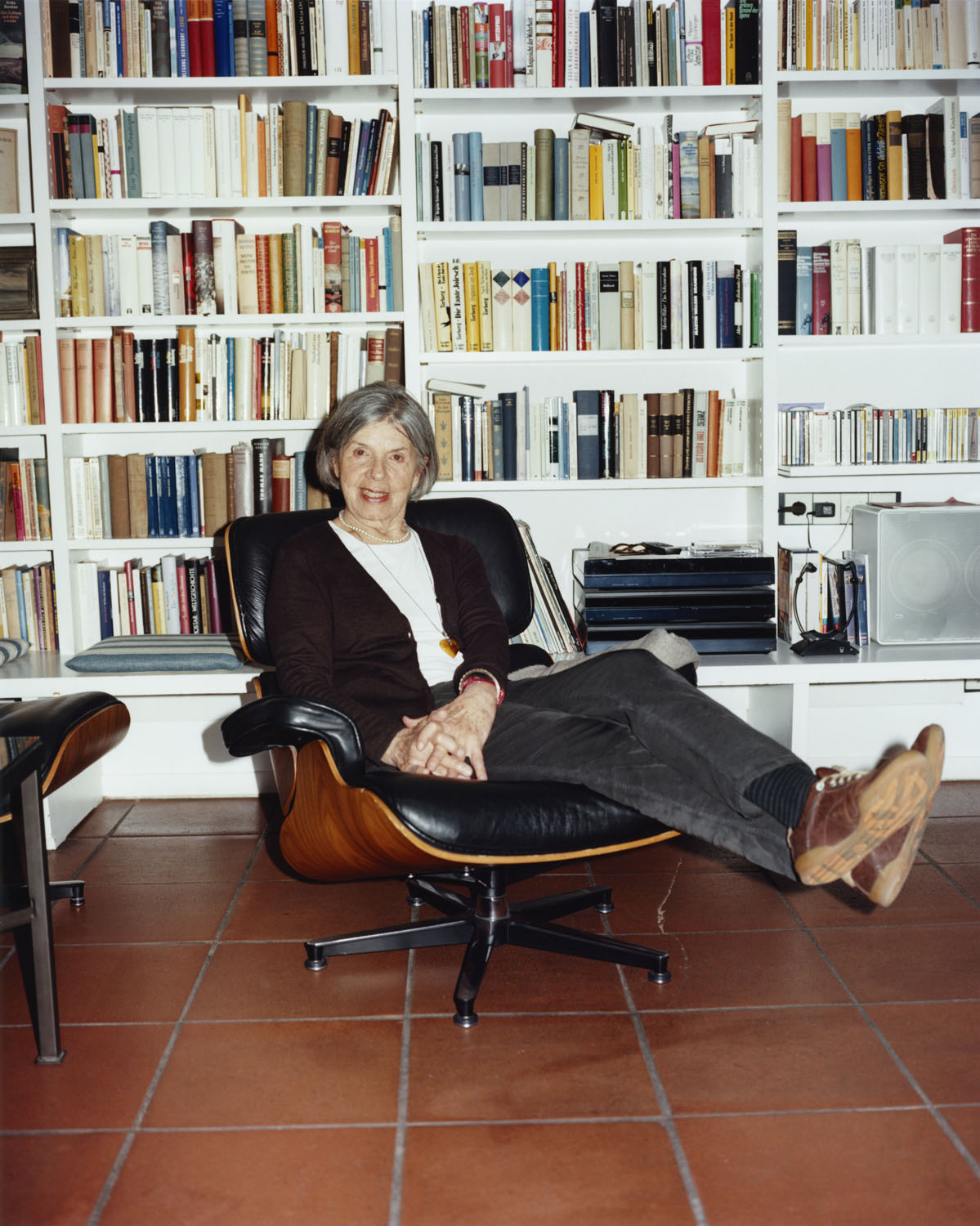 “It’s a hot mid-summer day around noon. No cloud in the sky and the sun is bright. I run across to the Galluskeller, a pub opposite my grandparents’ house, to see my friend, Marianne Huber. But no one is there in the Galluskeller, the entire pub is empty, even the kitchen. I shout, but there isn’t anyone. I run back again through the big gate and then I can hear it: above, in this bright blue sky, the bombers, silvery, in formation, really high up, deafeningly loud. I muster all my courage and dash home to the others across the street.” 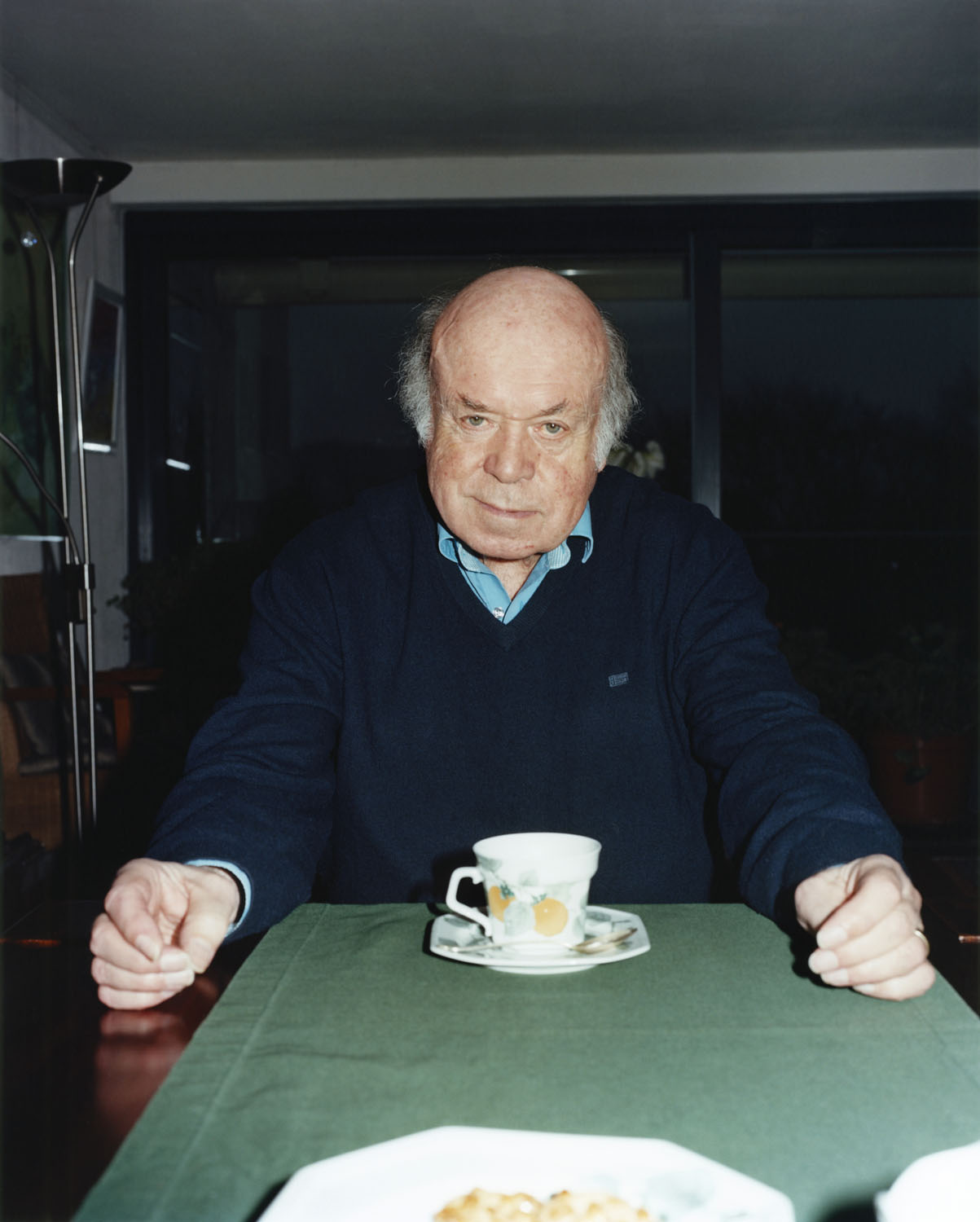 “One day a hanged man is lying in front of our house in Berlin. A German. He had tried to hide from the war in a ruined building and they hung him from the crossbar of the lamp post. When he was dead they cut him loose. He lies there for days with his mouth open and we children throw pebble stones into it. Eventually they take him away and bury him on the side of the road. Because no dead bodies can lie in the city streets trucks arrive, dig him and others up and throw them onto the trucks. We children watch. Then we have to go and have lunch. It’s maize porridge for lunch, but I can only think of the corpses with their tattered clothes and bones sticking out and I feel sick.” 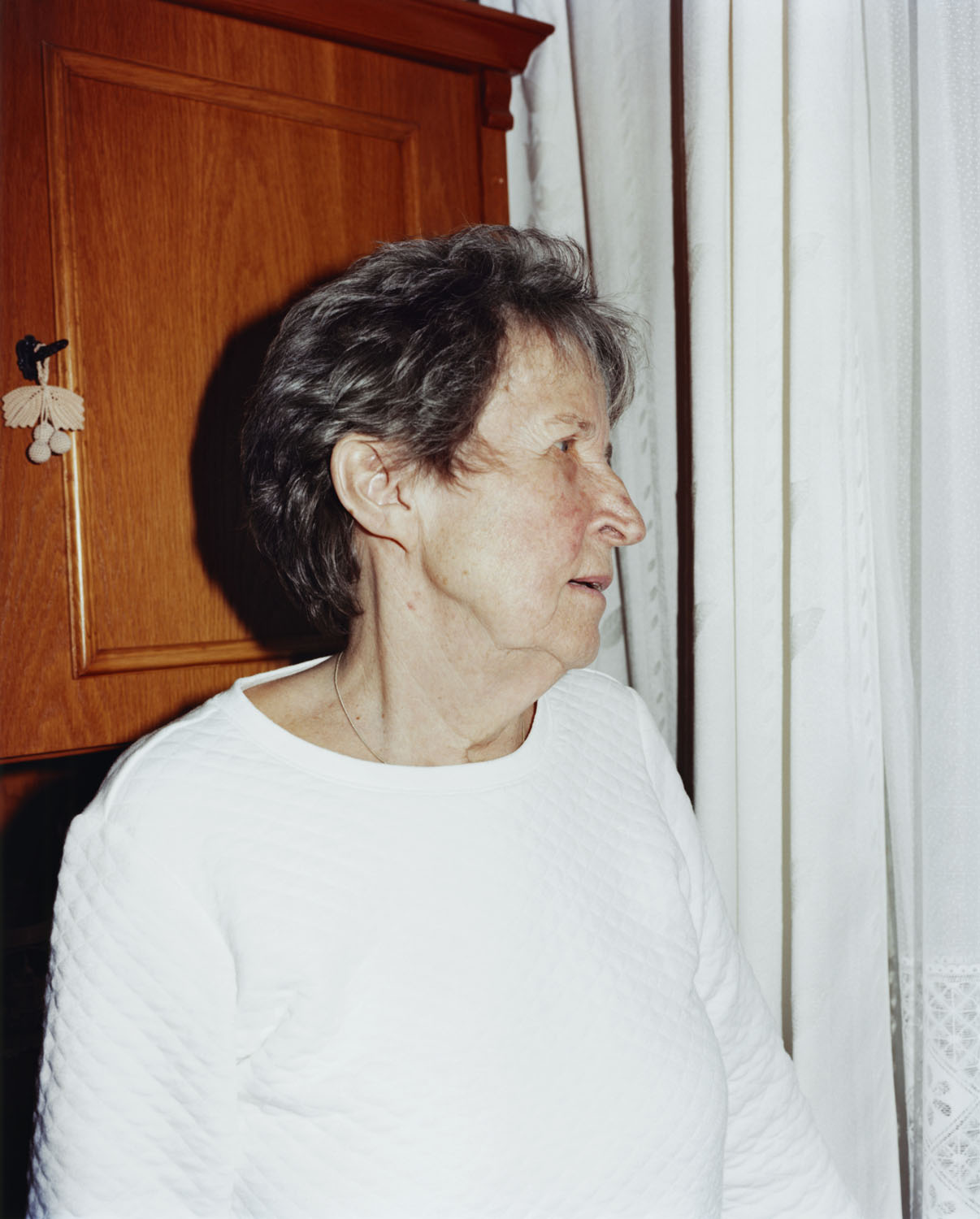 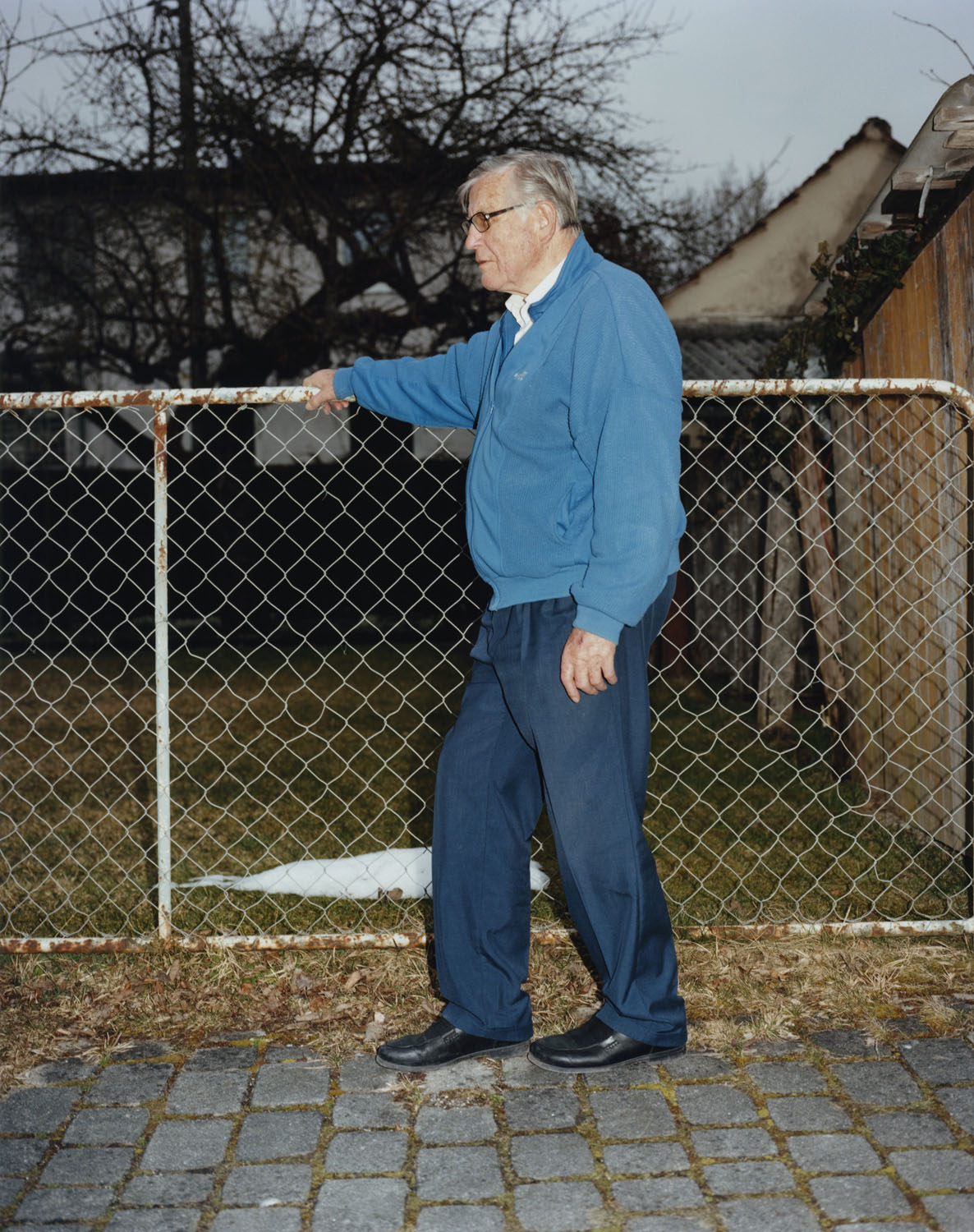 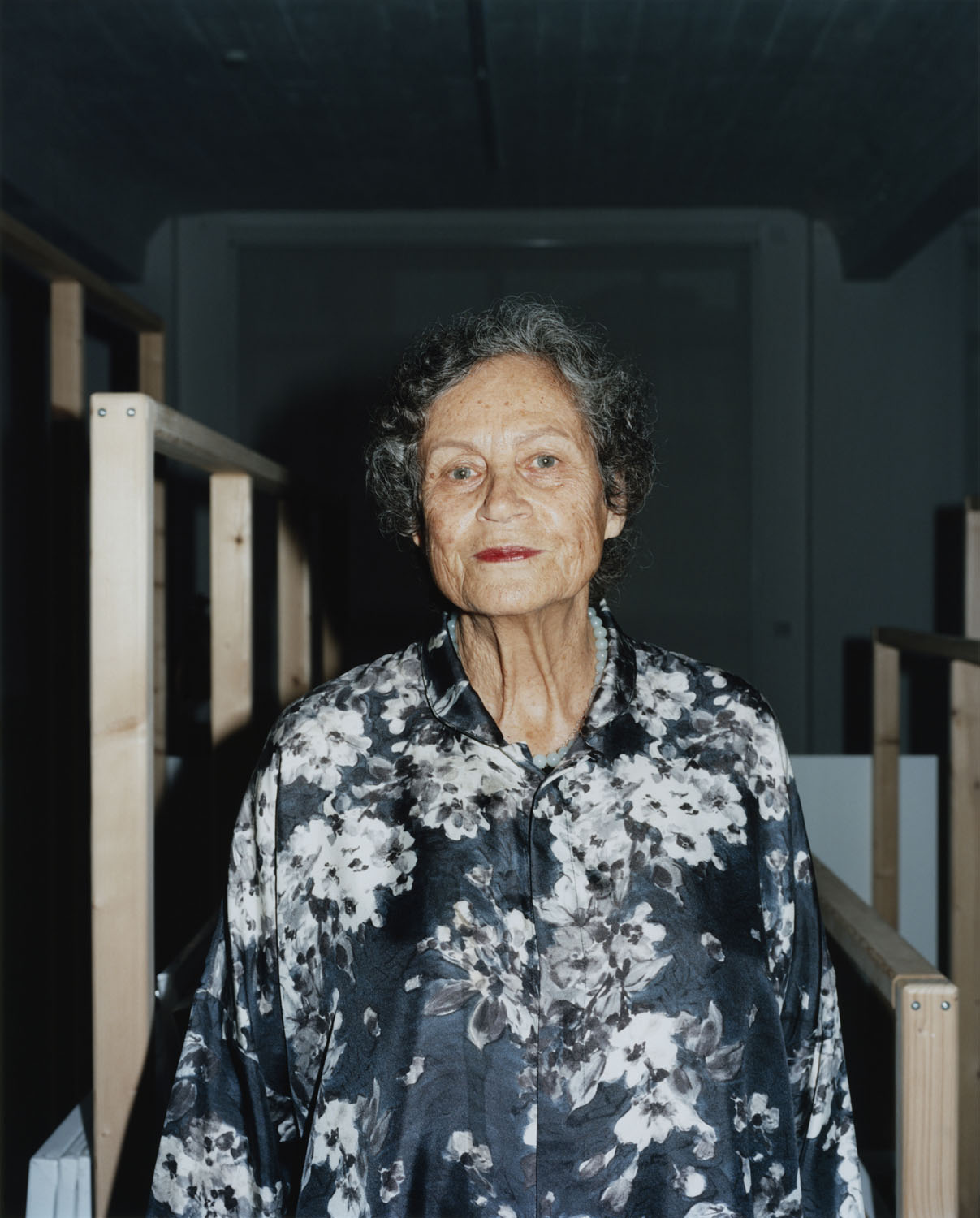 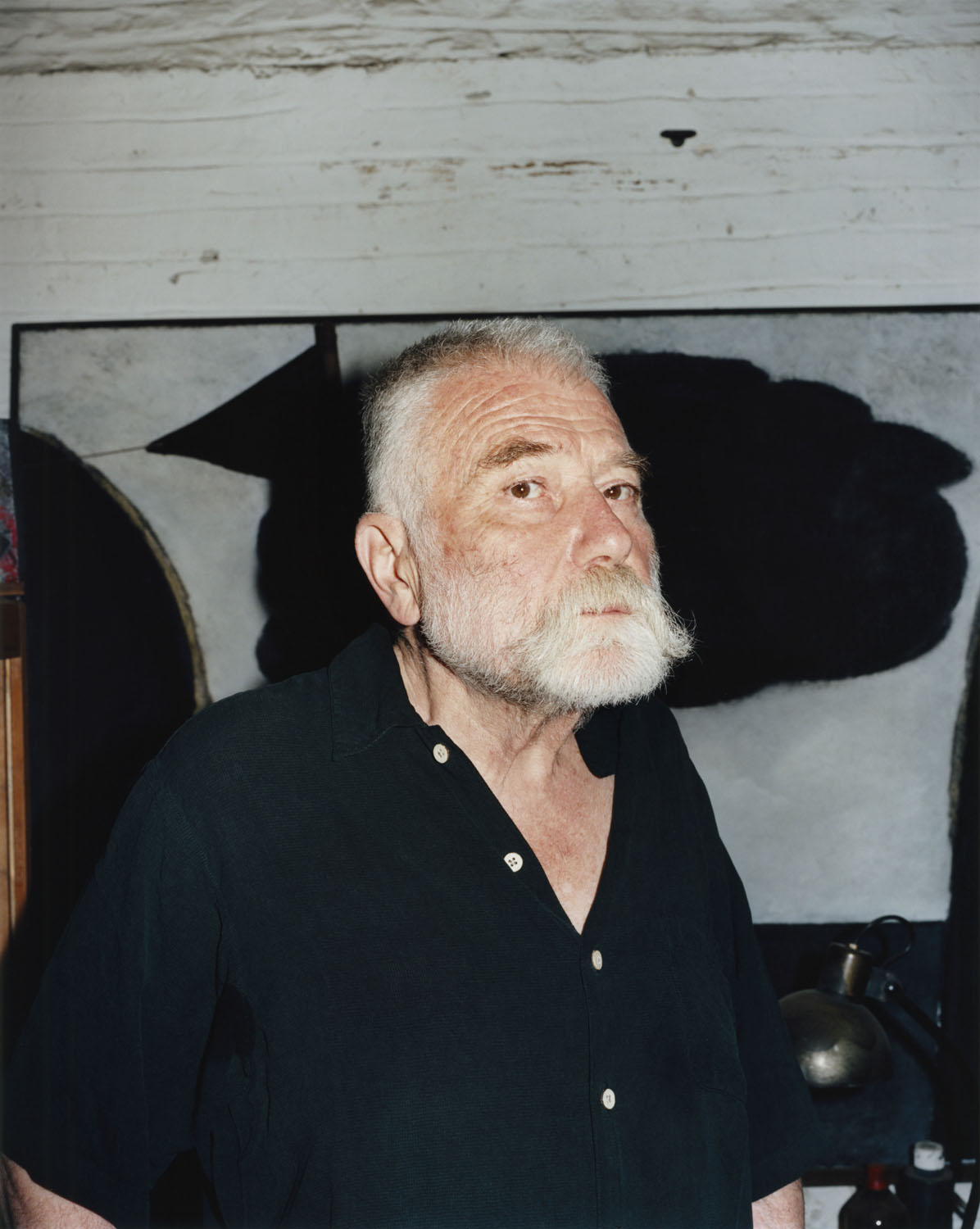 “The Russian soldiers—they are really small and ride ponies—occupy the farm where we live. They shoot the big Keeshond who lives there with us because he barked. He was my friend. One of the soldiers places me on his horse and rides with me through the village. On my birthday, March 6, 1945, my mother decides to try and flee to the West with us children, my grandmother and a few other relatives. In the rush she mixes up my left and right shoe. We walk the entire day, for miles, and she does not hear what I am trying to tell her. Dead people and horses lie on the roadside, all mixed up. We sleep in barns, abandoned factories, in trains, in camps where they have delousing showers and thin soups from field kitchens. Sometimes they bomb us. In the course of this my grandmother and other relatives die. Only my mother, my sister, and I survive.” 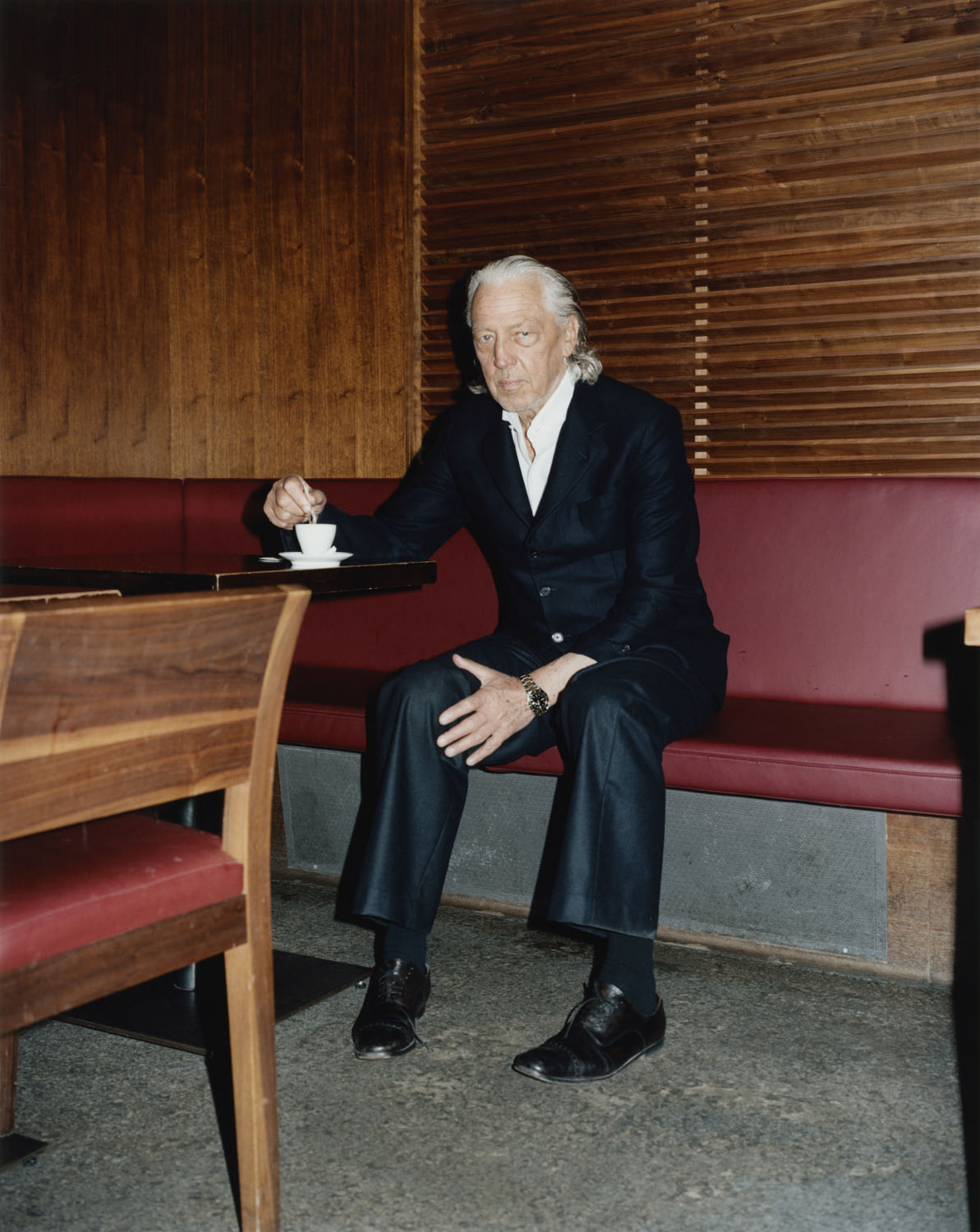 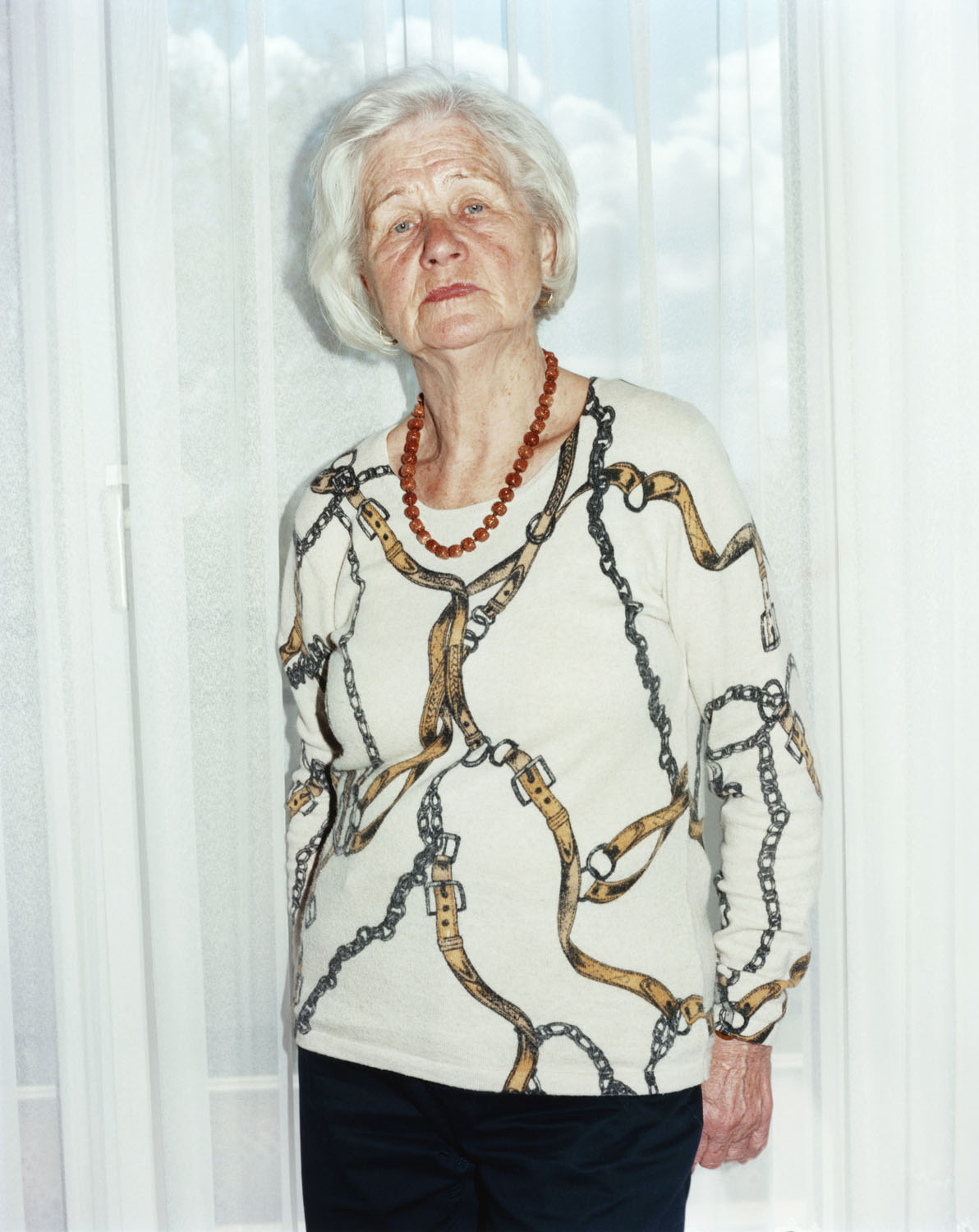 “It’s a hot summer. The cows, sheep and other cattle lie dead in the fields. The sun is burning and it stinks of decay. With a knife my mother goes up to a horse or a cow that already has maggots, cuts out pieces from the less rotten parts and takes them away.” 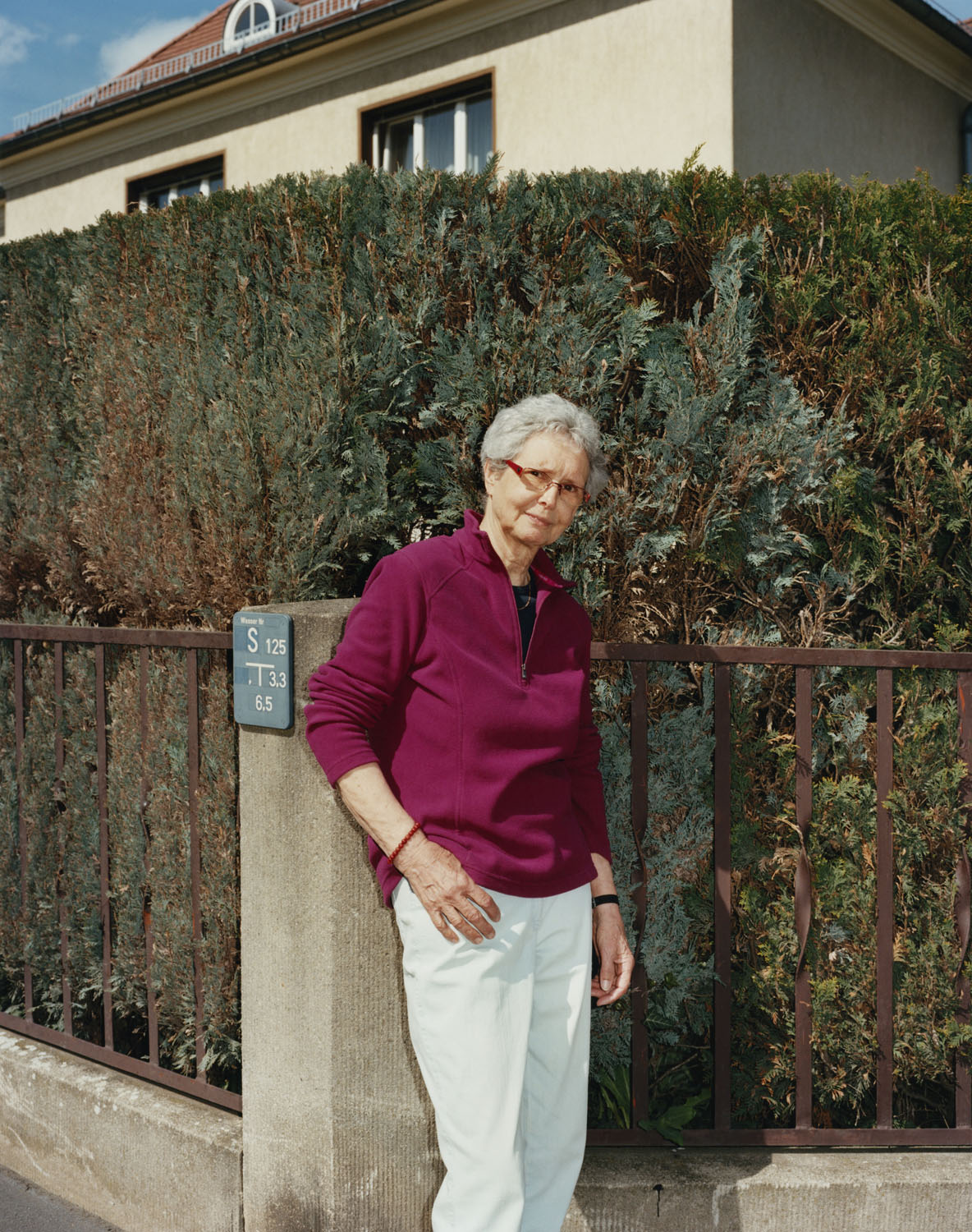 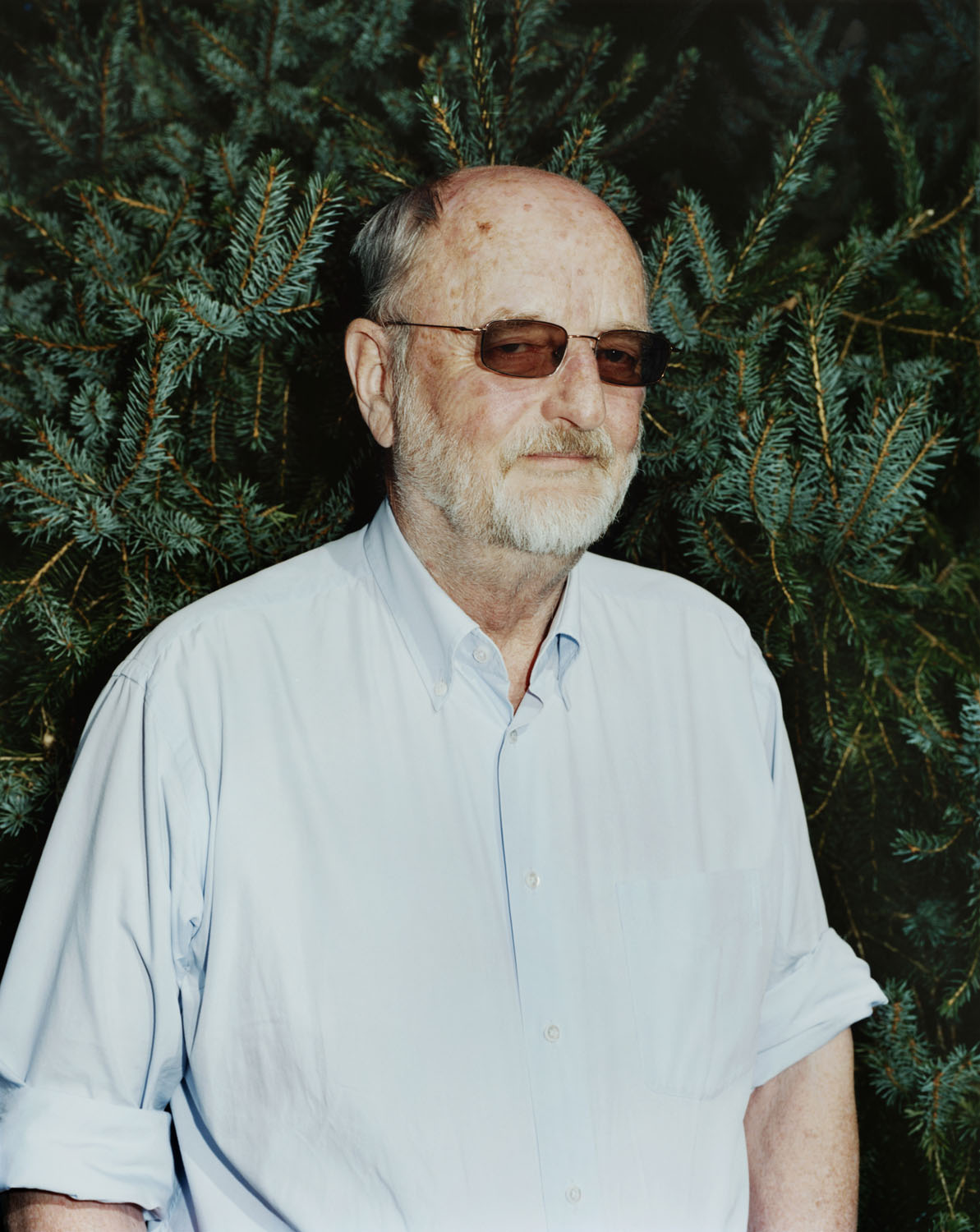 “We are driving through the Krakow Ghetto where my mother buys her furs and scarfs for a price of her own choosing. I am standing in the back of the Mercedes, my nanny Hilde sitting next to me, in front next to the driver my mother. I am wearing a black and white Pepita-suit. The people look on sadly. I stick out my tongue to an older boy. He turns around, walks off, I feel like I won. I laugh triumphantly, but Hilde pulls me silently back into my seat.” 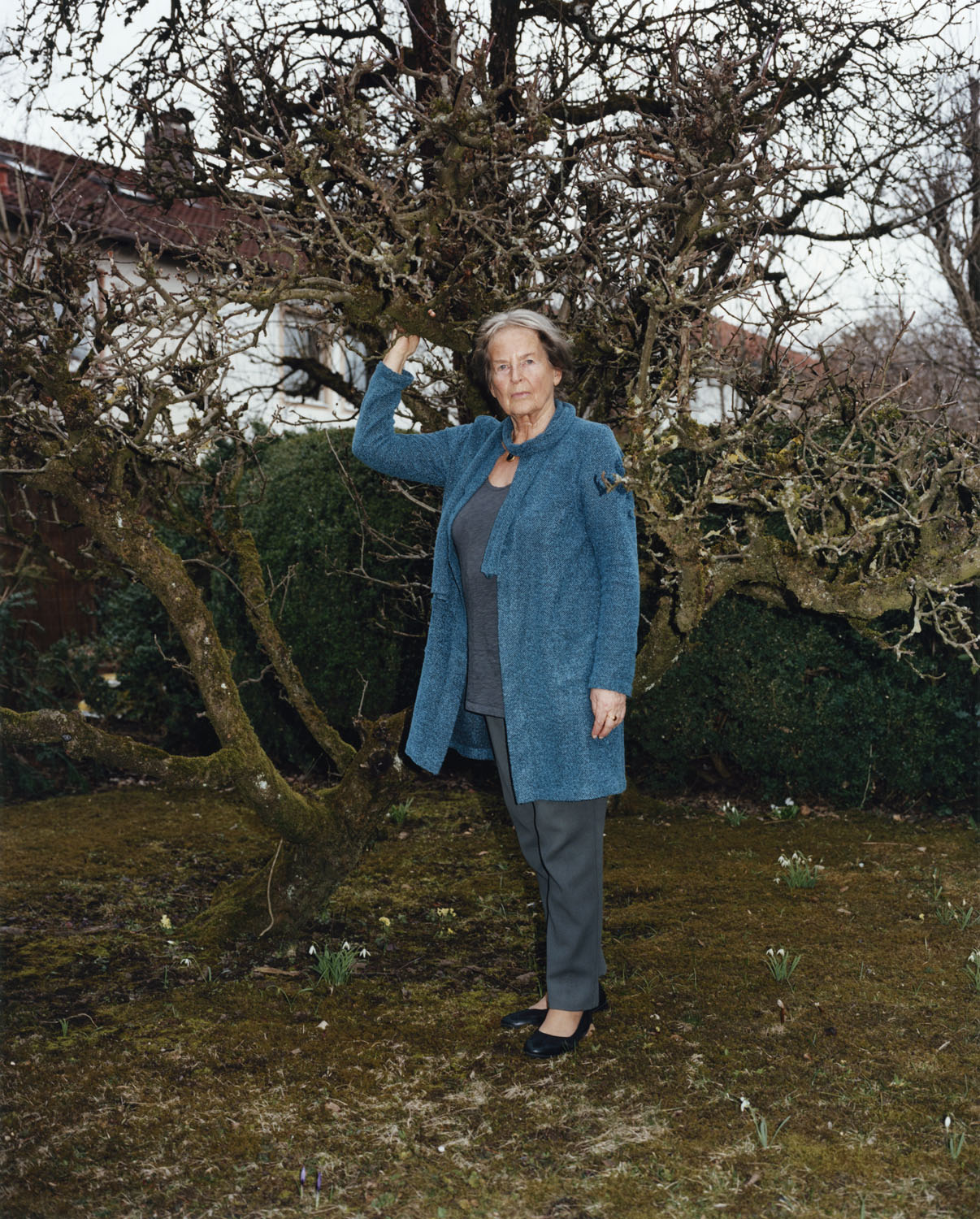 “Because I’m malnourished I am sent to my great aunt in Switzerland. She is married to an upholsterer; it has a nice smell of leather, but ants run through the apartment. My aunt puts down herring heads to divert the ant trails. In the apartment, there is a gorgeous sofa and on it are some small booklets. Because my aunt is often in Zurich during the day I’ve got time to look at them. I suffer the worst shock when I realize that they are about concentration camps and that those camps were in Germany. Those pictures…One time in the middle of the street in the village someone slaps me in the face and yells: ‘You nasty German!’ and I cry.” 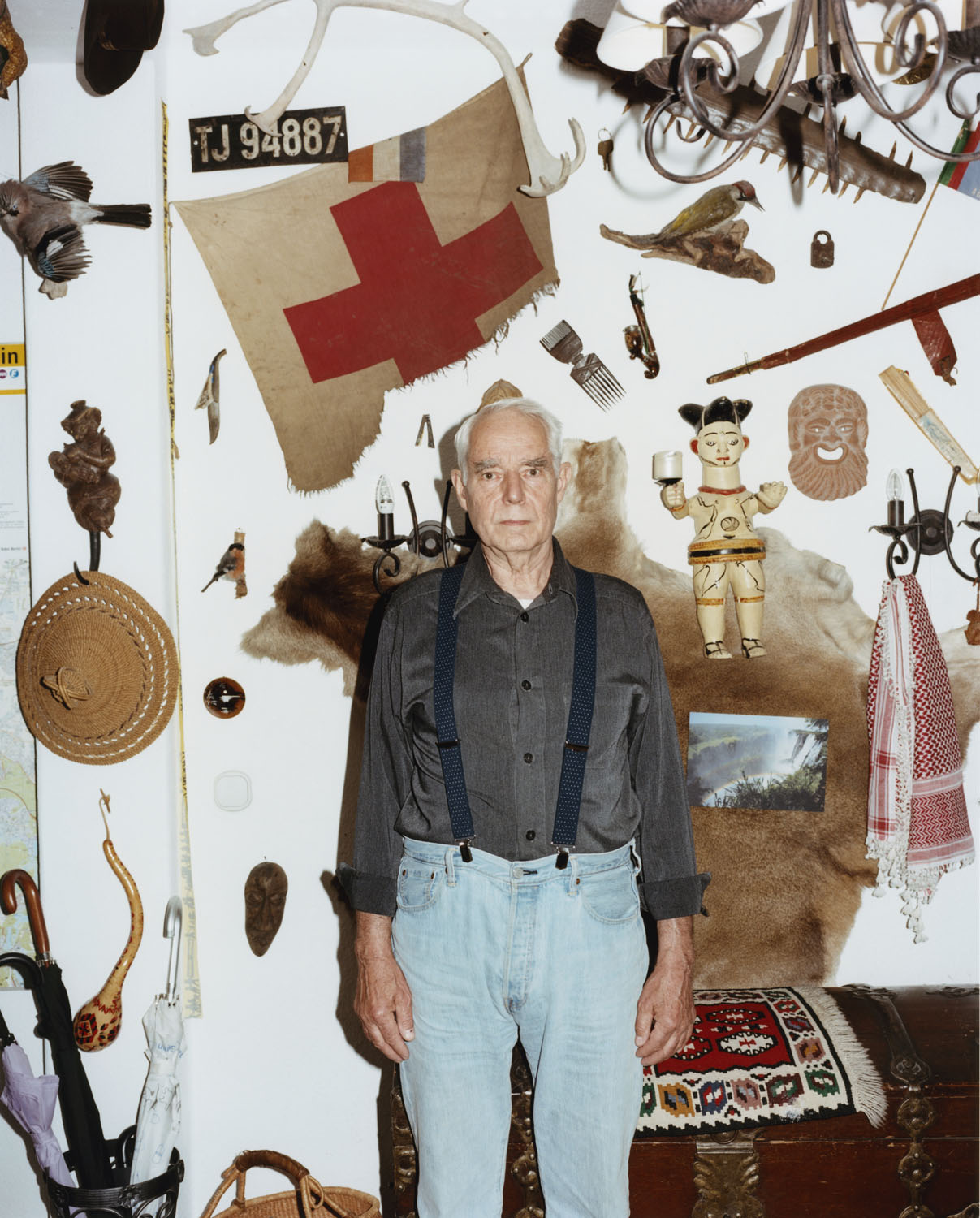 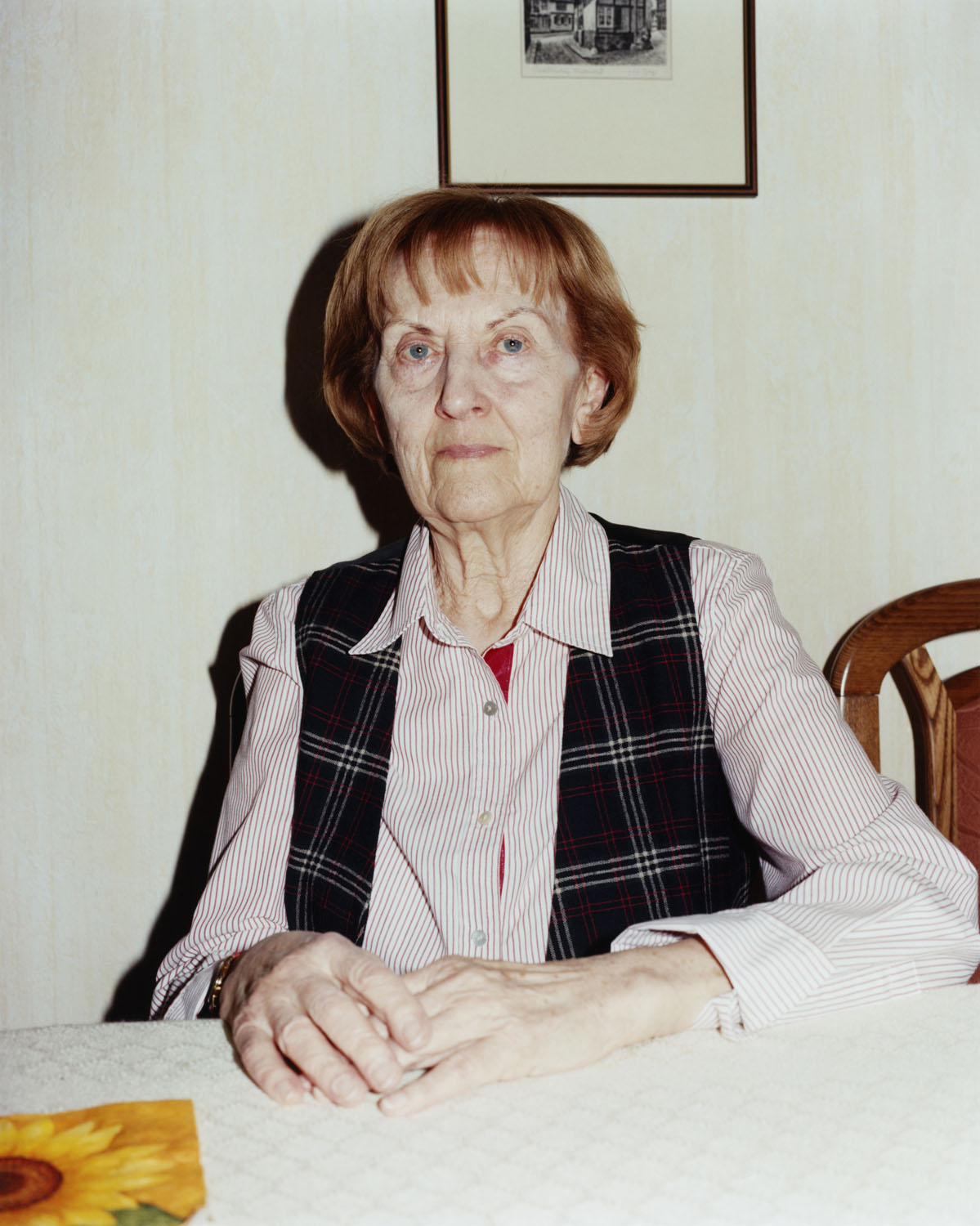 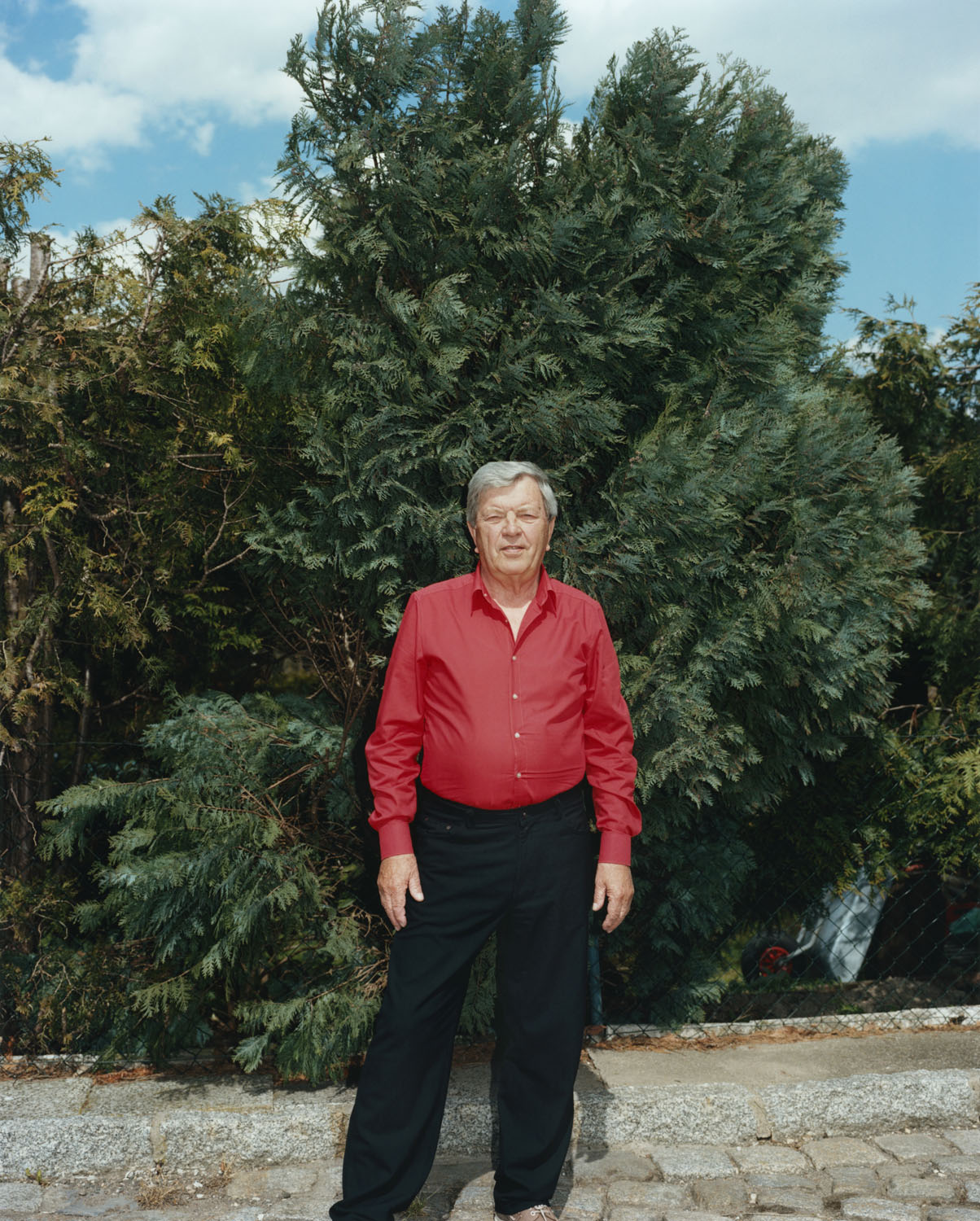 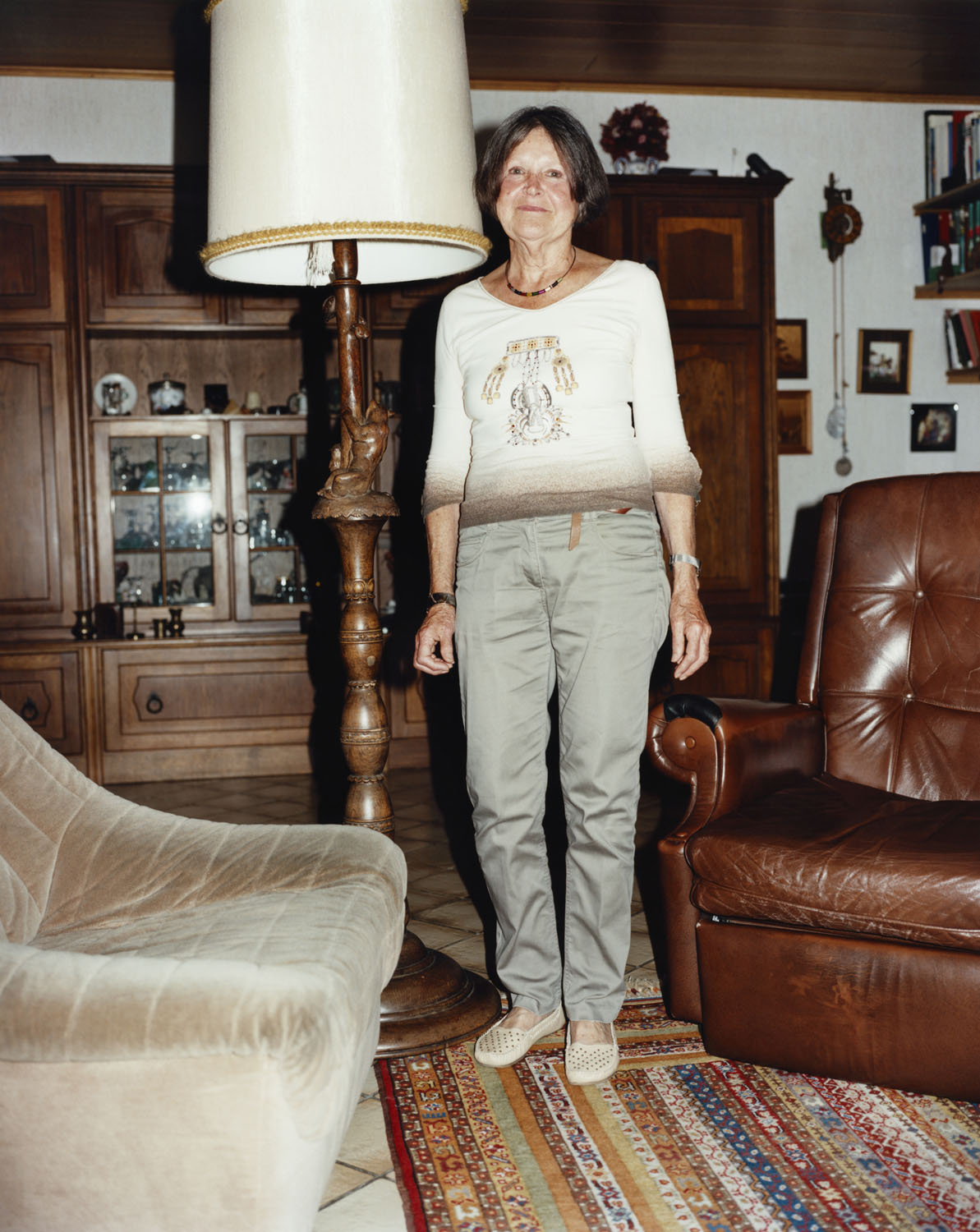 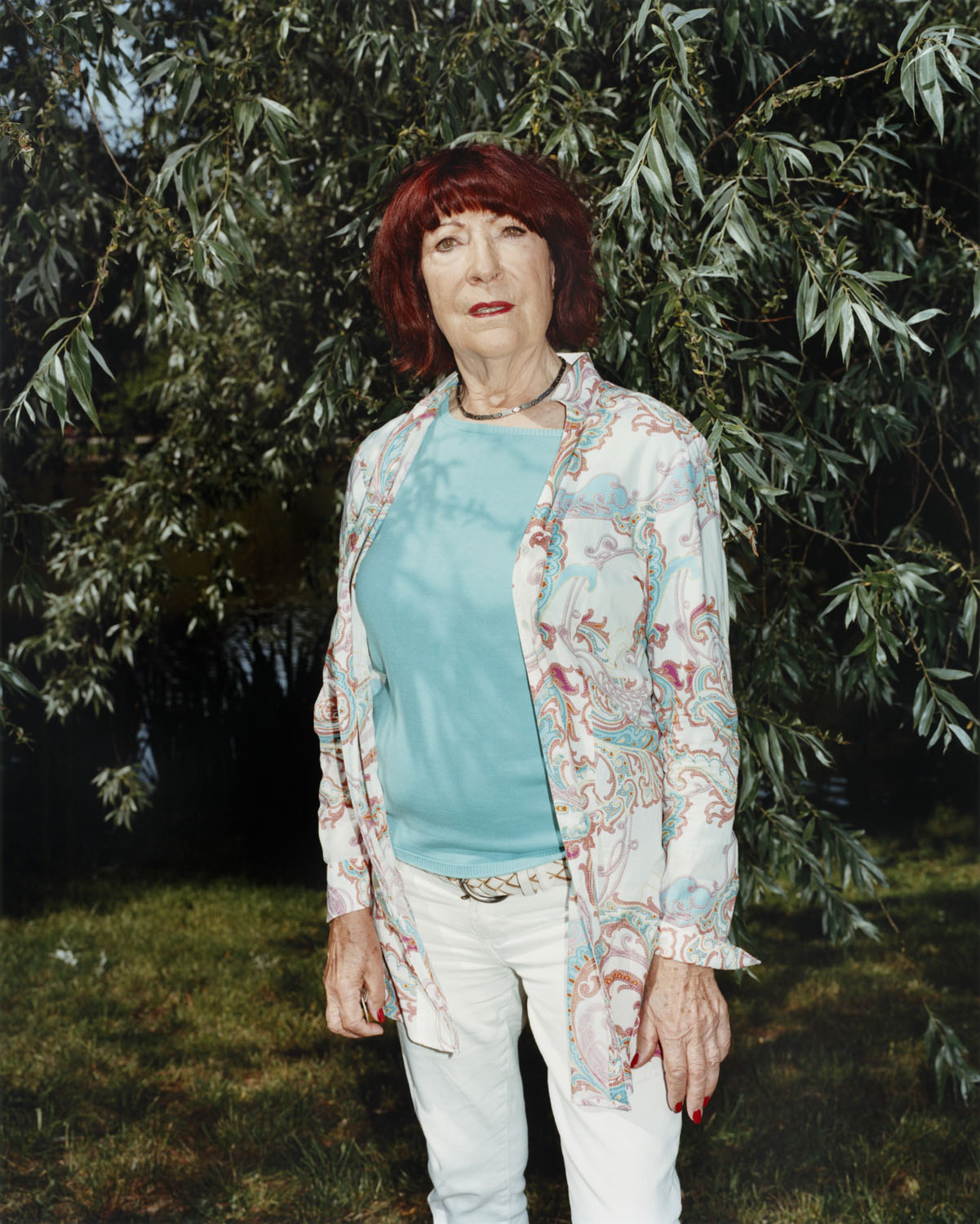 “Already for days people have been passing by on the road in front of our house. When we hear on the radio that Silesia must be vacated we join the crowd heading east. Every evening when it gets dark the road must be vacated and everyone has to look for somewhere to sleep. One evening we find shelter with an elderly woman who’s got many cats. We are sitting with her at dinner when the animals jump wildly across the table and chairs. My grandmother finds cats disgusting and is appalled. But the woman forces us out of the apartment and into an old mine. Panic breaks out when the air raid sirens go off. More and more people push into the mine, some fall and are stamped to death. The cats have warned and saved us.” 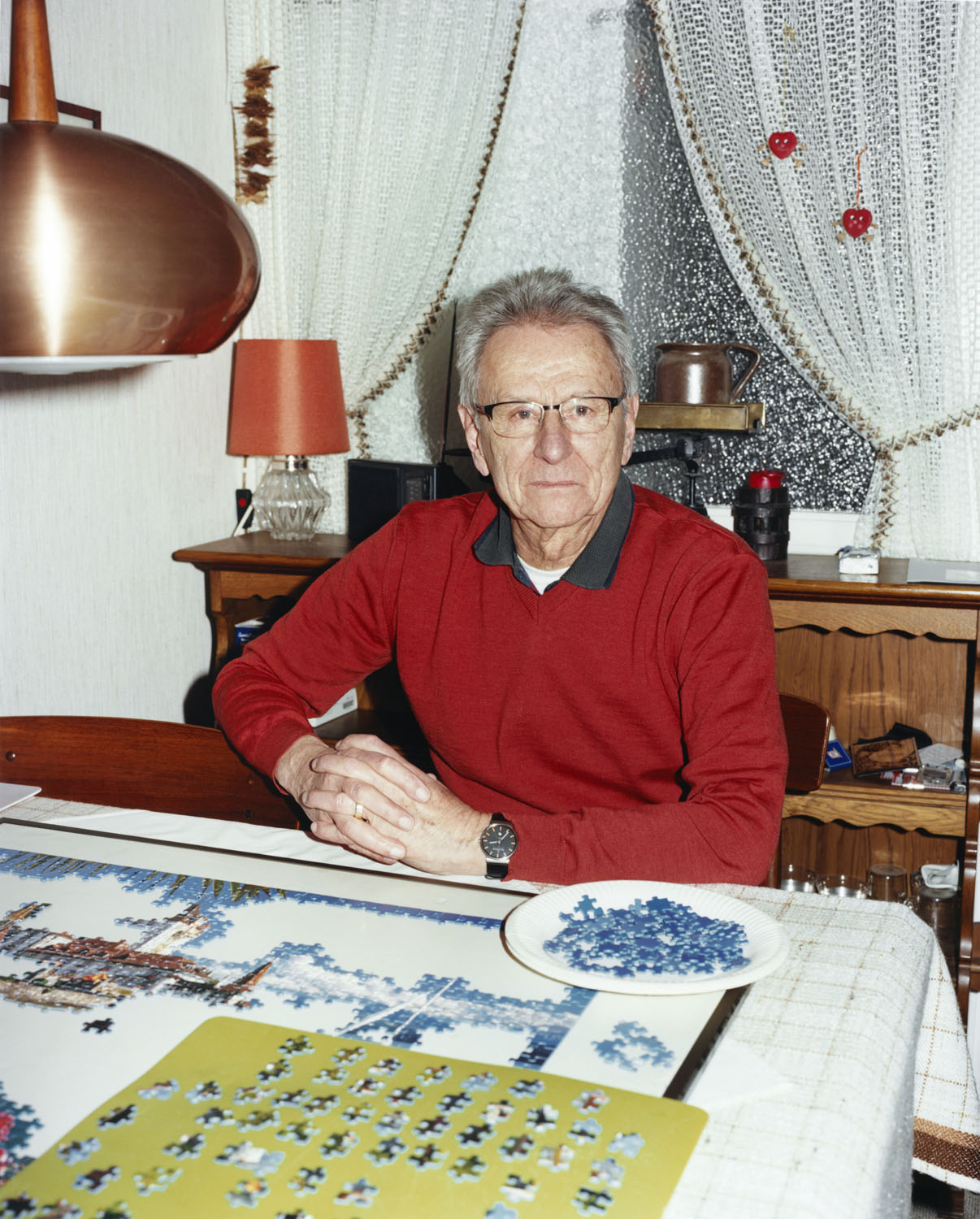 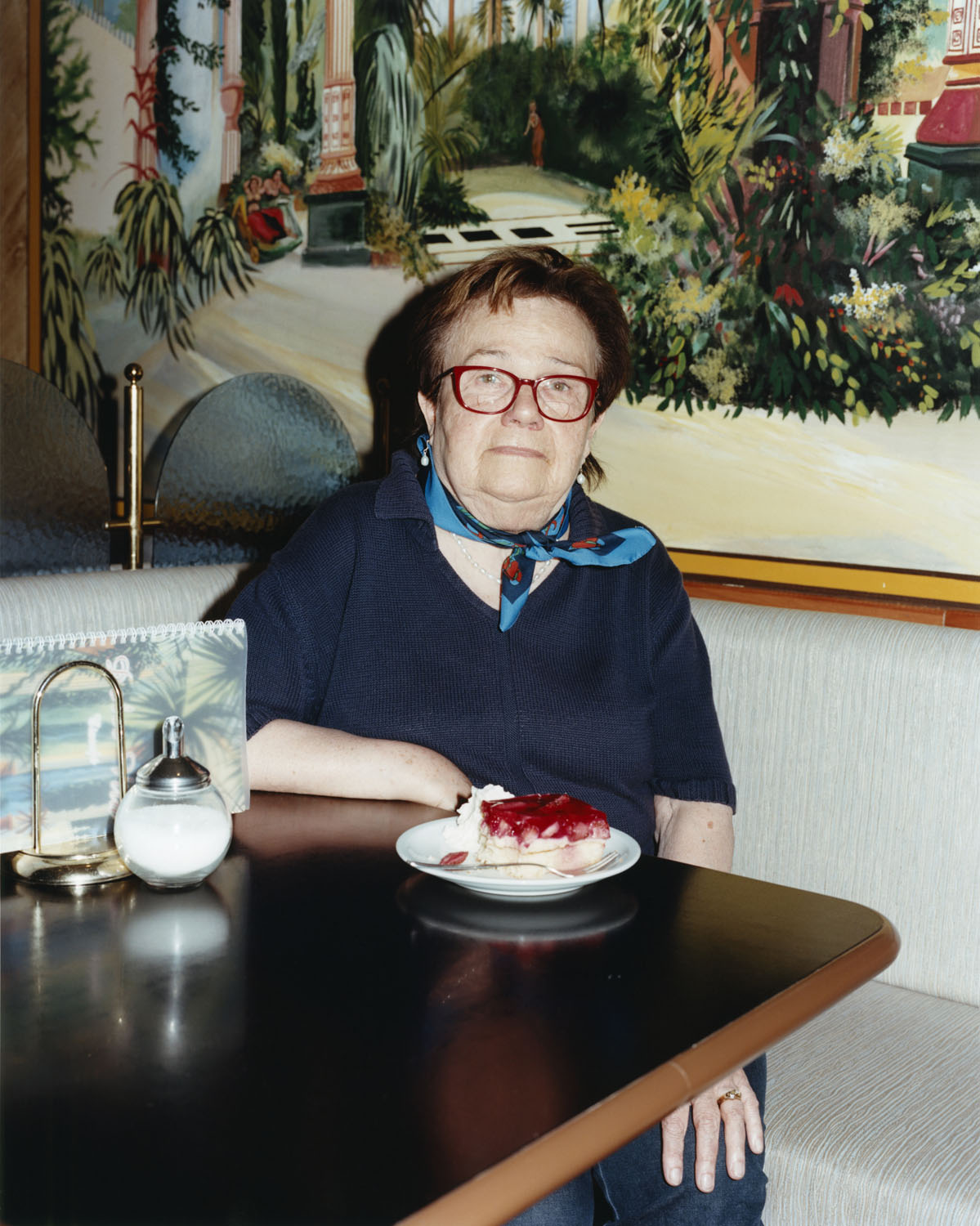 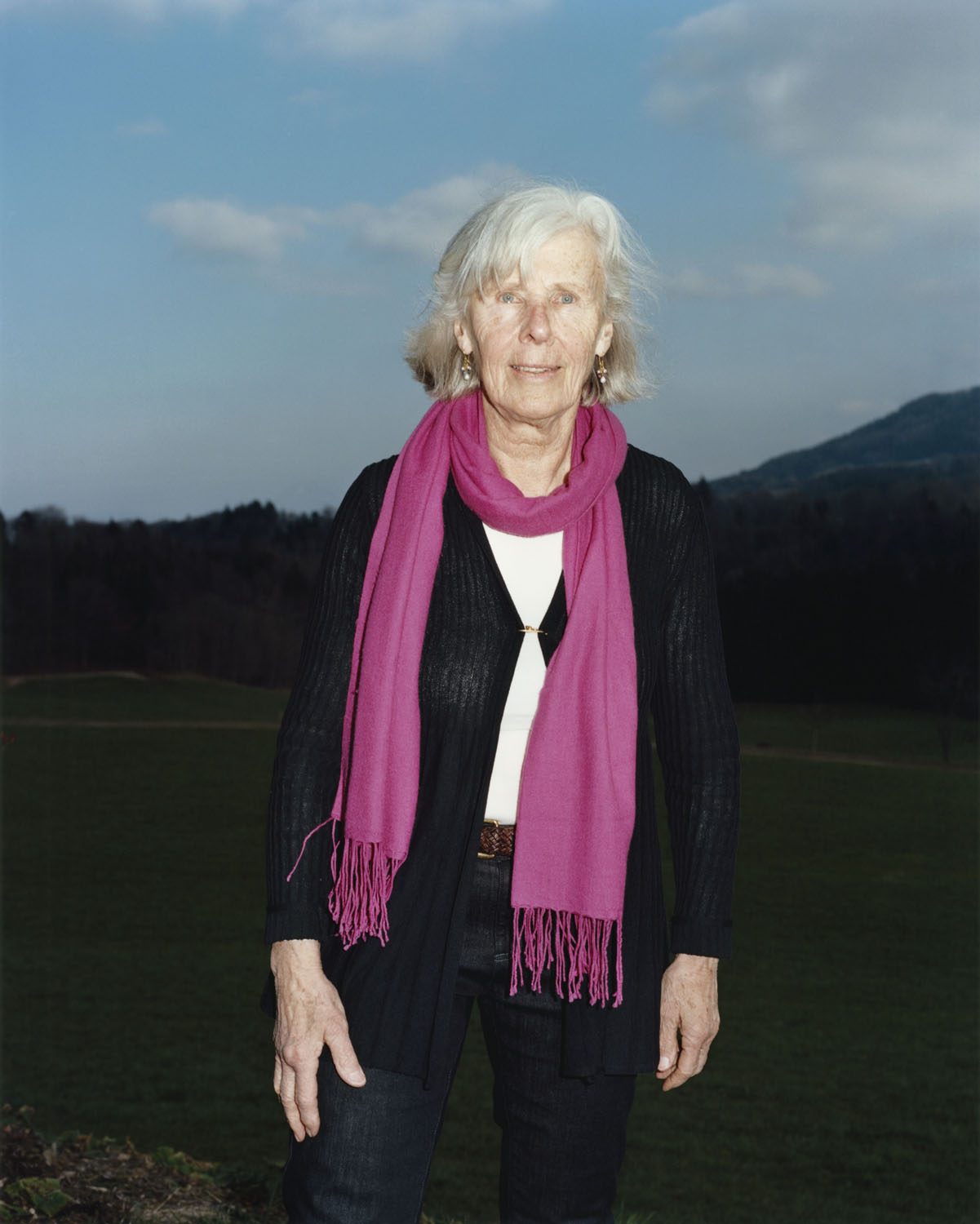 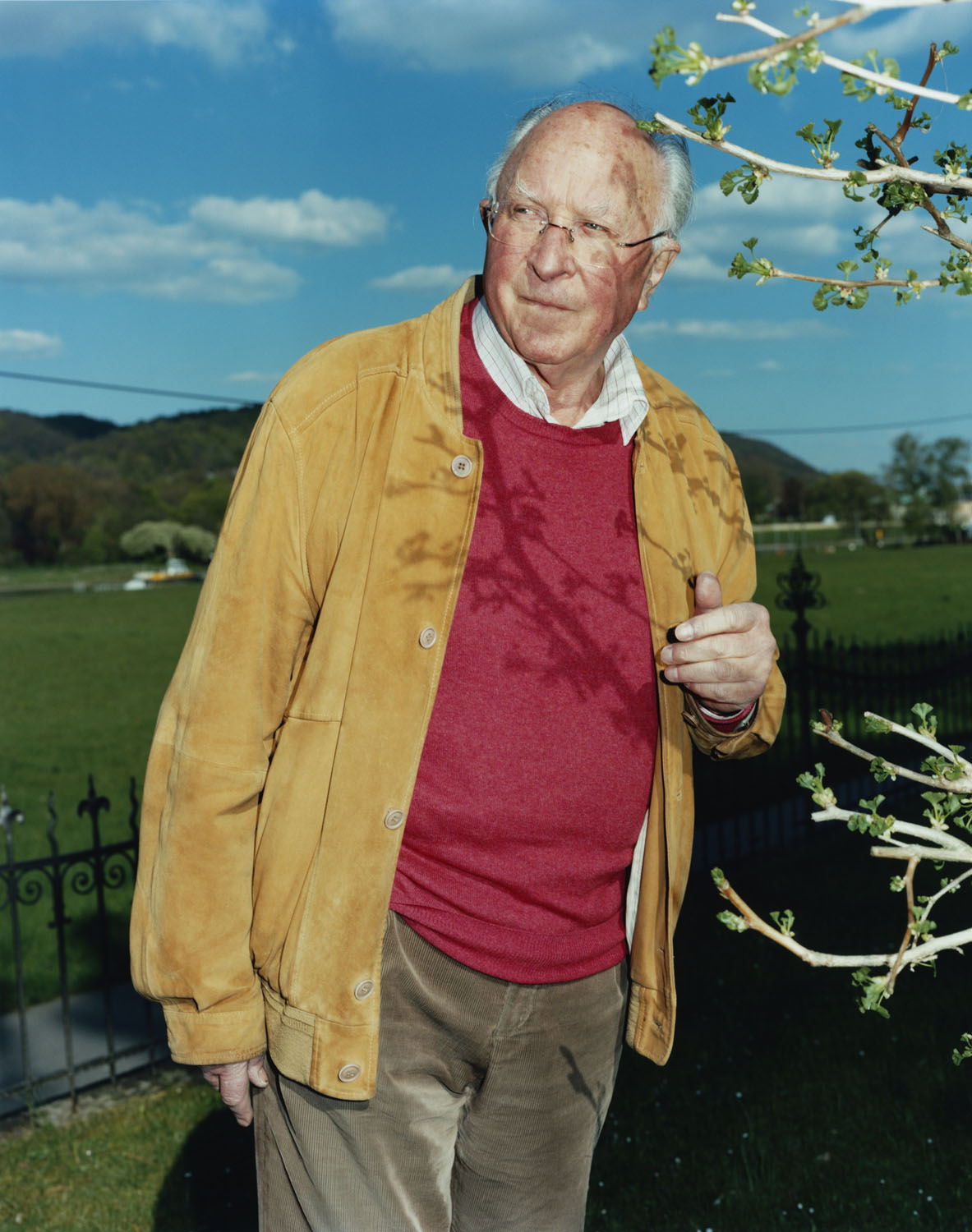 “My father always said he hadn’t done anything wrong. He had presided over a provincial appeals court and had been a party member like everyone else, but he had never led any criminal trials. My mother is away working in the countryside when at half two at night the Russian secret police bang against the door and shove their way into the apartment. I jump out of my bed. The men make a mess of everything; they shout, open all cupboards, throw everything out of the drawers, scatter all papers. My father puts on his suit, his winter coat and hat. He says good bye to me and is pulled into a car. That’s the last time I see him.” 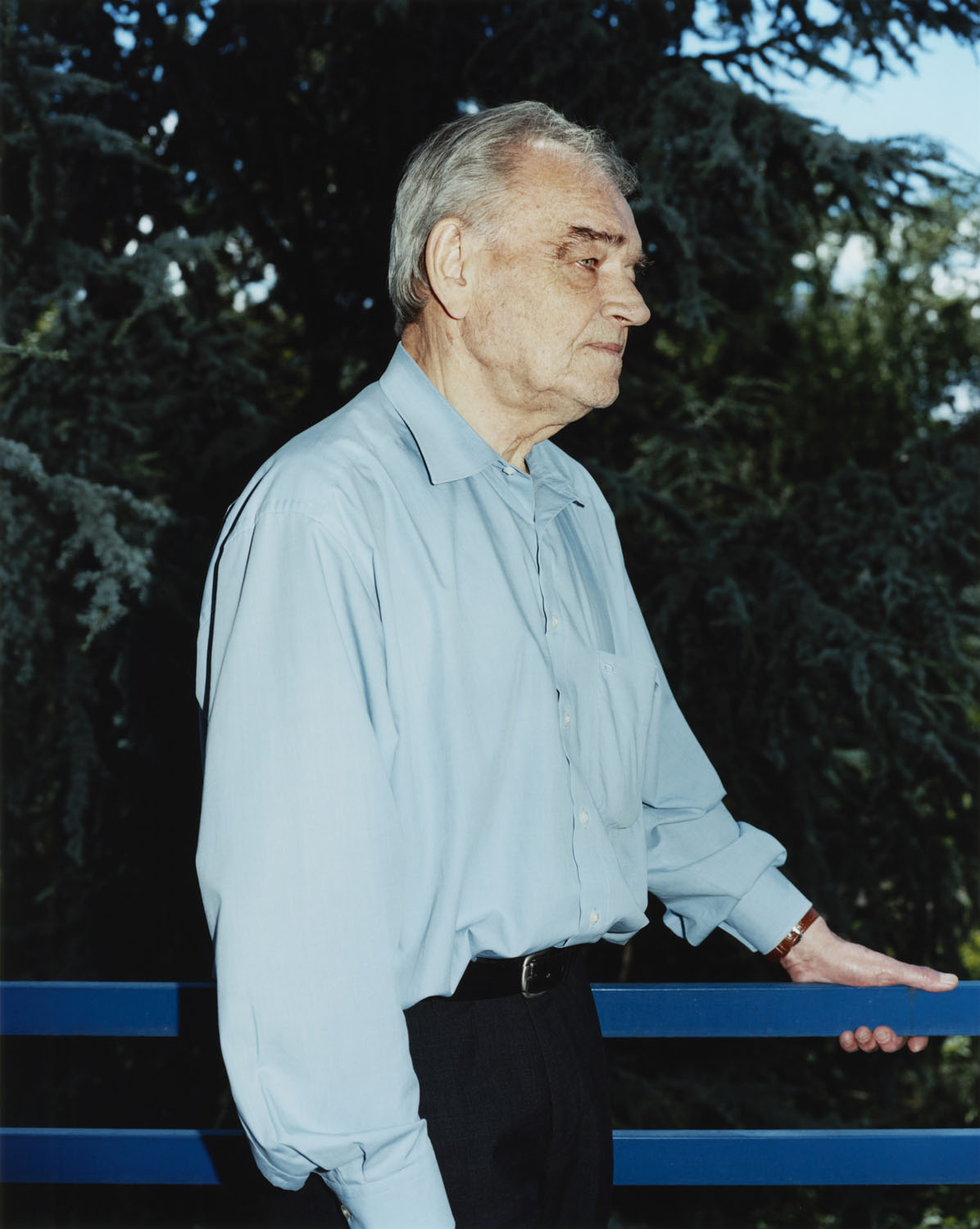